Non-native Plant Invasion Patterns Vary Depending on the Scale 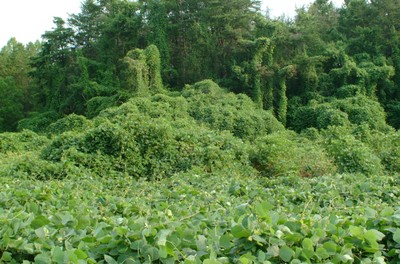 From the moment of colonization, humans have carried non-native plants around the world with them. “The introductions are changing the world’s biogeography,” says Eastern Threat Center research ecologist Qinfeng Guo. “Understanding the mechanisms behind invasion patterns is critically important.” He and colleagues compiled data for 100 regions, countries, or states, as well as 89 islands across the globe. They then compared plant invasions across regional and global scales, also taking into consideration the effect of geography. Results, recently published in Landscape Ecology, show that there is a continuum in degree of invasion across mainland areas and islands. When very large areas are studied, the number of exotic species shrinks. “At the global scale, no species are exotic. All species are native to the planet,” explains Guo. The opposite is also true: small areas have much larger exotic pools. “At local and regional scales, the proportion of exotic species is likely to increase. We expect invasions to continue until most species that could establish in new environments have done so, or until highly effective management is in place,” says Guo. Read more in CompassLive...